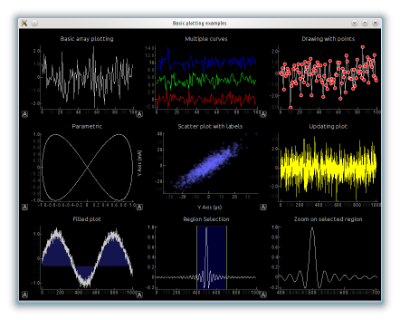 A variety of plotting capabilities. (taken from examples/Plotting.py) 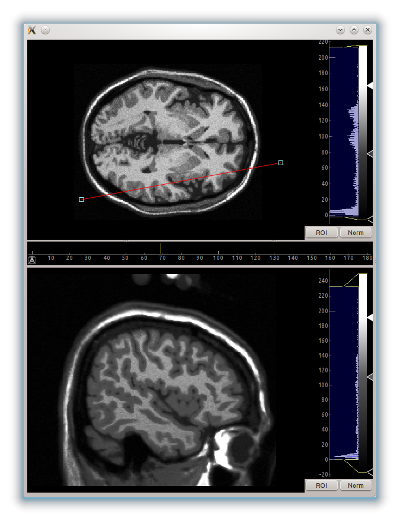 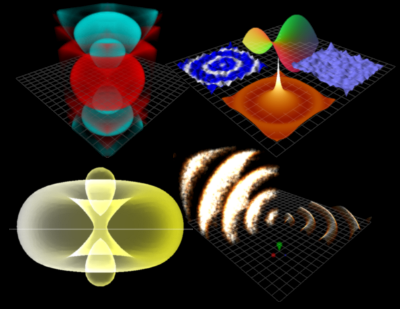 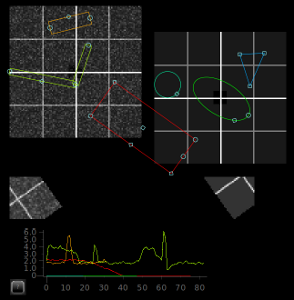 A variety of ROI types. Each ROI selects data from the underlying image and redisplays it below. (taken from examples/test_ROItypes.py) 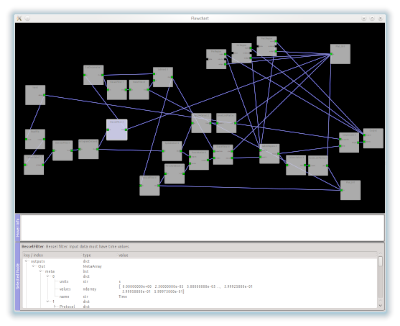 For an example of pyqtgraph in use (and more screenshots), see ACQ4

Install from PyPI:
or via conda:
or from source on GitHub:
recent changes  -  older releases
PyQtGraph is a pure-python graphics and GUI library built on PyQt / PySide and numpy. It is intended for use in mathematics / scientific / engineering applications. Despite being written entirely in python, the library is very fast due to its heavy leverage of numpy for number crunching and Qt's GraphicsView framework for fast display. PyQtGraph is distributed under the MIT open-source license.

PyQtGraph is known to run on Linux, Windows, and OSX.
It should, however, run on any platform which supports the following packages:

Documentation is hosted here.
If you would like to request a specific section of documentation, please ask on the forum. There are also many examples to look through; for a menu of examples run:

Comparison to other python graphics packages:


[Please note: I have not used these libraries for some time; please let me know if this information is outdated.]